The Palazzo di Podestà is a medieval building dating back to 1304, recognized as one of the most evocative buildings in the Marche region. It has an architectural style typical of the late Middle Ages with a Romanesque-Gothic feel, as we can read in the epigraph of the first mullioned window on the left. The history of the Palazzo is dotted with various restorations made in modern and contemporary times, including the lowering of the porch floor and the elevation of the second floor.

In the nineteenth century the left wing was implemented. For reasons of symmetry, a restoration of the right wing of the facade was also started, covering it with the same material used for the construction of the opposite wing. Even the civic tower, which could be accessed autonomously before 1826, underwent several changes, losing much of its original shape.

The façade has a large portico with 7 arches, of which the one in the center is pointed arches, while the other six are round arches. In the belfry there is the civic bell weighing about two tons, cast in Ripatransone in 1706 by Laureti di Spoltore.

Now the central room of the portico houses the “Bottega del Vino” and typical products of the place, while on the left you can admire a monument from 1895 dedicated to the poet of Ripatransone Luigi Mercantini.

In 1790 a project was started that wanted to transform the first floor into a space used as a theater on an elongated U-shaped plan, with three tiers of boxes without a gallery. In 1824, although still nearing completion, the citizens of Ripatransone saw the realization of the project with the inauguration of the Municipal Theater with the name of “Teatro del Leone”. The painter who decorated the interior of the theater was Luigi Ruffini di Falerone. As a sign of gratitude towards art and those who best represented it in Italy, Ruffini painted six medallions on the ceiling representing three theatrical authors, Metastasio, Alfieri and Goldoni; and three world-famous Italian composers: Bellini, Rossini and Verdi. Luigi Ruffini’s brother, Giuseppe, also contributed to the decoration of the theater, who painted the historical curtain representing the scene of the “Virginia ripana” (a bloody event that took place in 1505).

After several restoration works inside the theater, now the historical curtain acts as a backdrop. In 1894 the municipal theater was renamed “Teatro Luigi Mercantini”, as a sign of gratitude towards the poet from the Marche who is also remembered in the monument on the left facade. 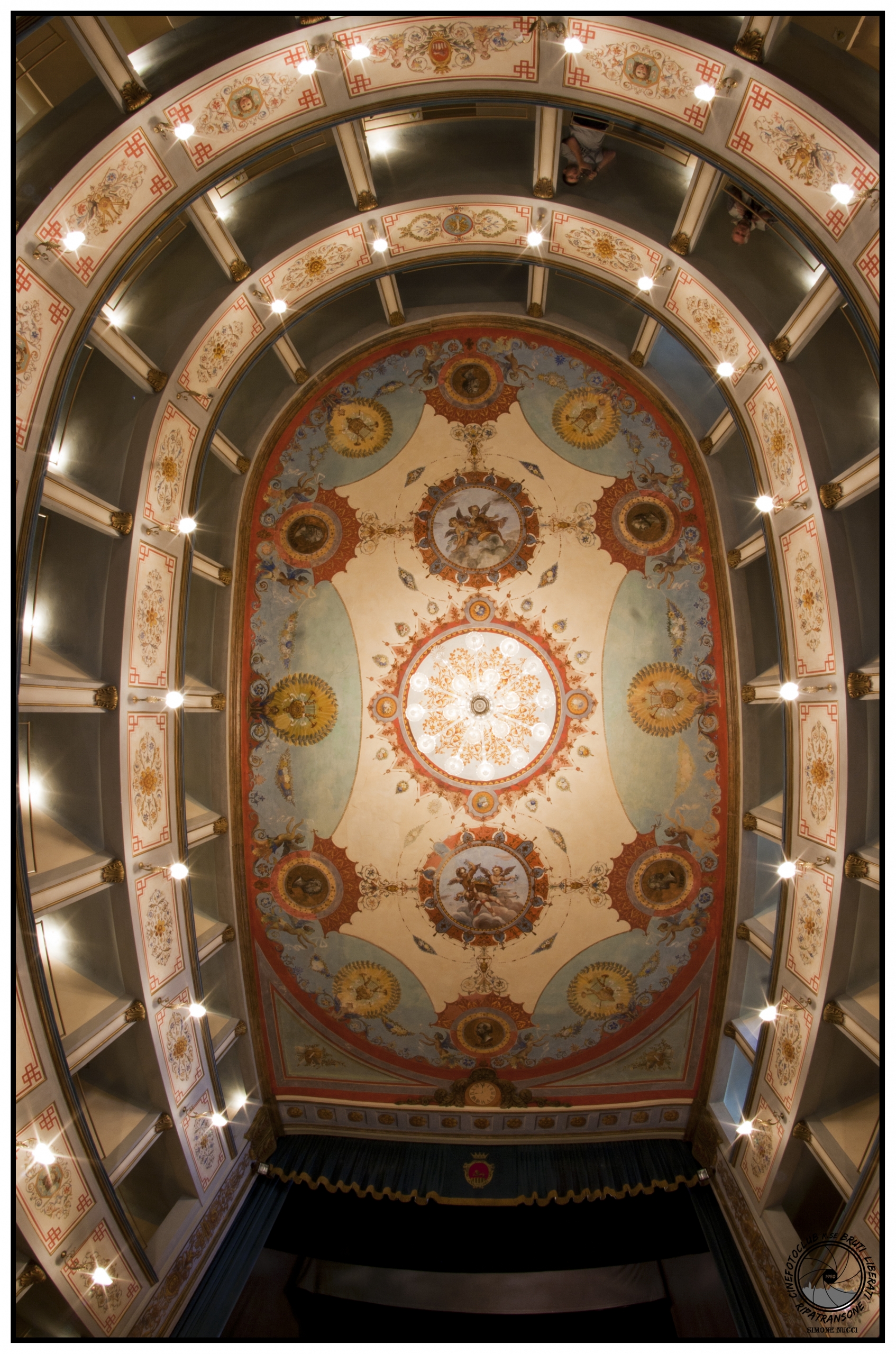 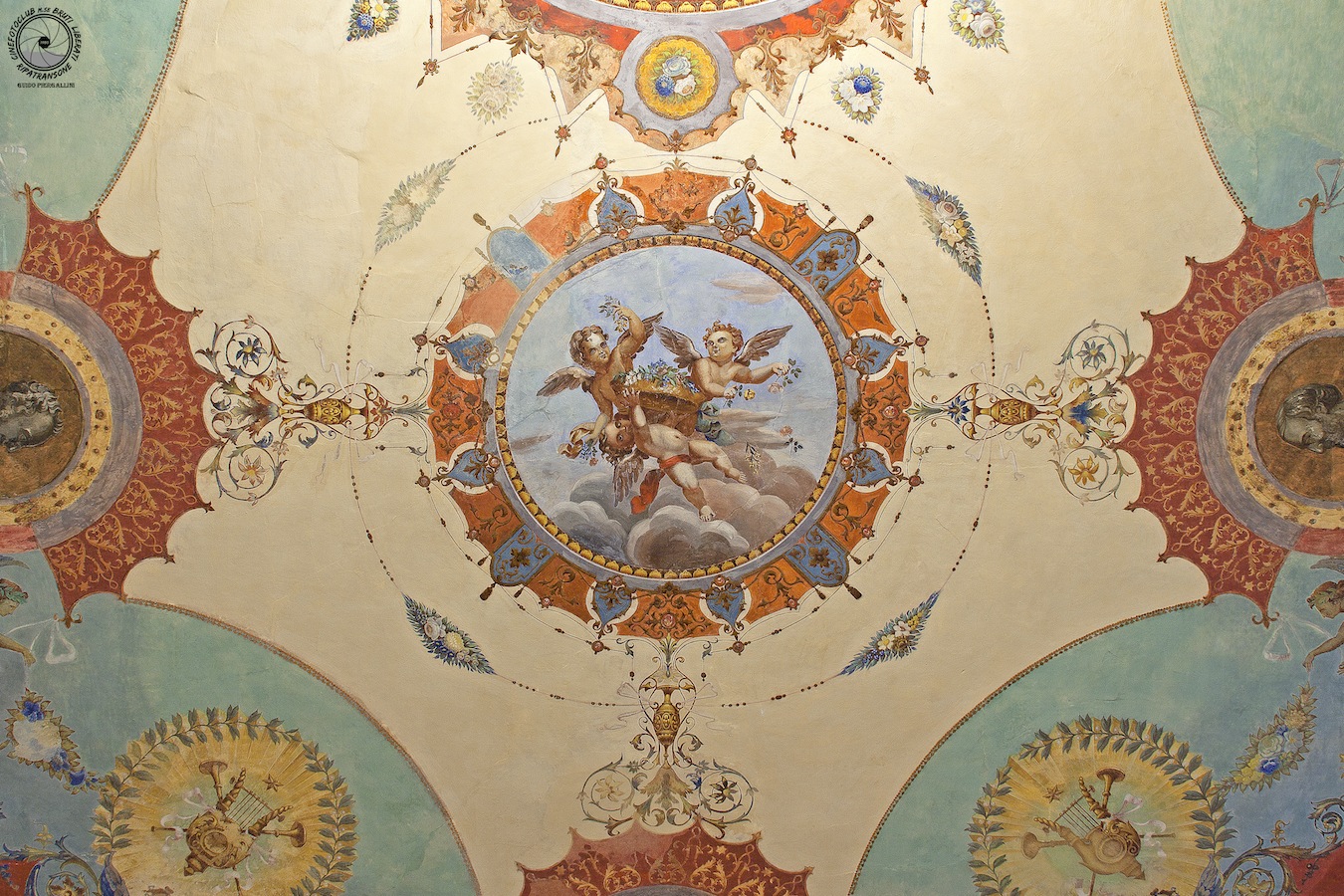 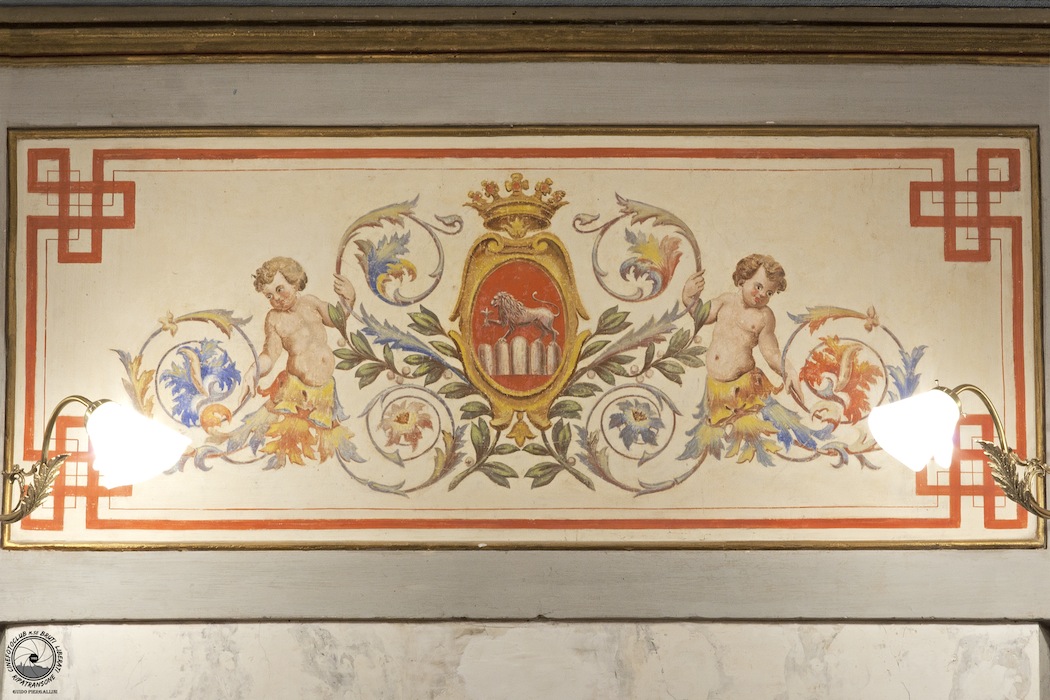 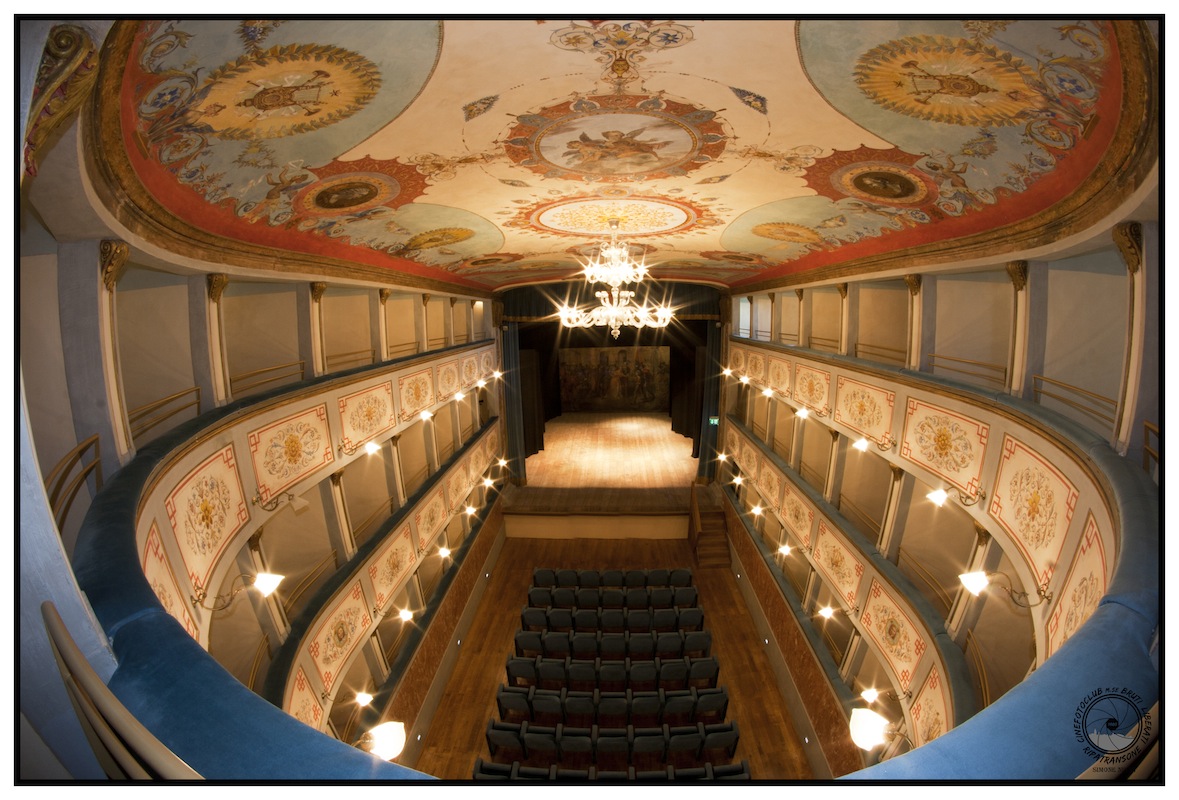